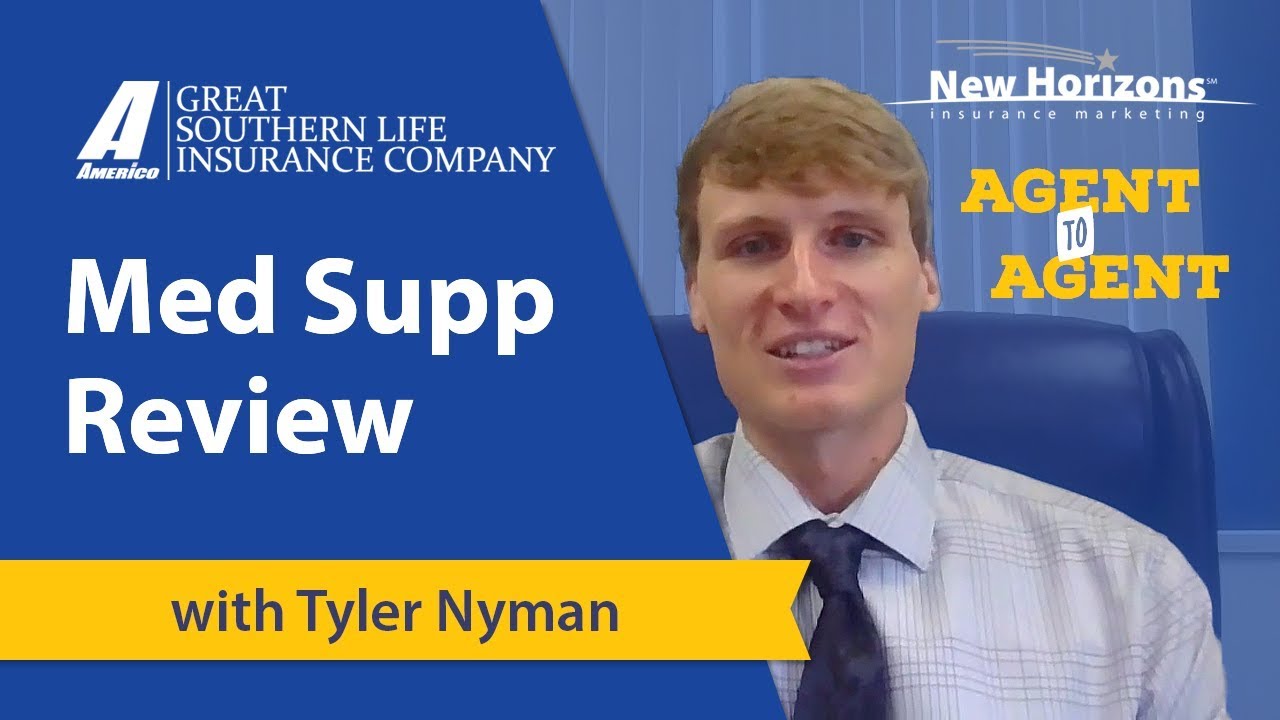 Tyler Nyman, an independent insurance agent who works with his father, is a big fan of the Great Southern Life Medicare Supplement.

For Tyler and his father, that is Great Southern Life.

"It's right there with them all," he says. "Everyone is within $10-$15 of each-other, and it's all speculation on who's going to go up next year and what percent increase is going to happen."

For Tyler and his father, that company is Great Southern Life. The biggest standout is the instant approval e-app, which Tyler says is the ticket to GSL's success.

For him, it's a night and day difference between the alternative, which is to wait 2 weeks and often even taking the time to call the company for an update.

The instant approval not only saves him time, but it ensures that he's being paid before he leaves the client's home. Knowing whether the client is approved or declined on the spot is a game changer.

"You can make them excited right there or you can watch their heart break before your eyes," Tyler laughs.

The competitive rate is also a driving factor, as GSL is only $4 more than the cheapest supplement in Tyler's area.

"It's right there with them all," he says. "Everyone is within $10-$15 of each other, and it's all speculation on who's going to go up next year and what percent increase is going to happen."

There's a comfortable familiarity there.

Americo is the brand name for insurance products issued by the subsidiary insurance company Great Southern Life Insurance Company (GSL), and their bonus structure is completely unique in the Medicare Supplement space.

To qualify, you must produce at least $15,000 of annualized premium during the bonus period.

In addition, there's a Top 5 bonus, which offers up an addition bonus ranging from $1,000-$5,000 for the top producing agents each qualification period.

Tyler has a 4-month-old daughter and says that the cash bonus is much nicer than a vacation incentive. "We're not going to the Caribbean with her," he laughs. "You always have stuff you need to pay for. If all of the companies did it like that, they'd be better off."

In 2018, we here at New Horizons did a bonus that required agents to submit e-apps. That prompted Tyler to start submitting e-apps with Americo.

"It's way easier," he says. "Paper apps are less efficient. You're always ordering supplies, you're screwing things up, you're correcting it and re-faxing it in... Plus, with e-apps, you're saving trees."

Declines vs. Approvals and Underwriting Tips

As of July 1, 2019, Tyler and his father have submitted 57 applications, and 46 of them were issued. That is an 81% approval rate with Great Southern Life.

"Watch out for a change in medication if they're on any sort of blood thinner... if they've changed their medicine, then it doesn't look good for them," Tyler says.

With computer-based underwriting, the system is programmed to see certain things as red flags. With a change in medication, Typer explains that the system thinks the previous medication wasn't working.

Before submitting an application, Typer always asks his clients if they've changed their medicine lately. Sometimes, it's a simple explanation, like the pharmacy ran out of theirs so they had to switch to another one.

"When that happens, I say we should wait a little bit since switching medicines doesn't look good," Tyler says.

Otherwise, Tyler recommends to follow the underwriting guidelines and you shouldn't have any issues.

"Great Southern Life is a good one to get contracted with," Tyler says.

Ultimately, for Tyler, the cash bonus and the instant approval are the two standouts for the Great Southern Life Medicare Supplement product.

8 Ideas to Make the Most of Life Insurance Awareness Month