Medicaid Recipients May Have to Work to Receive Health Insurance Coverage 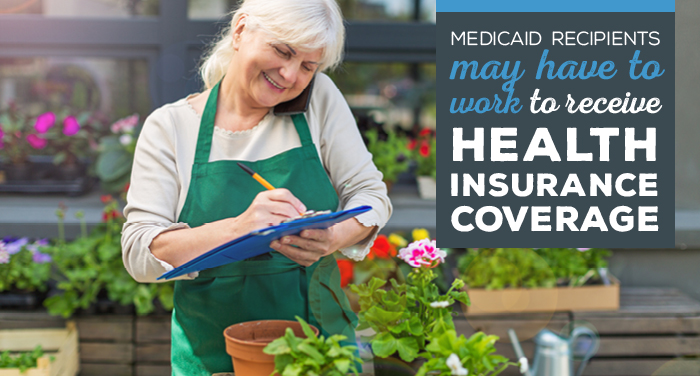 Medicaid recipients may have to work in order to receive Medicaid health benefits.

Medicaid does have different guidelines and rules depending on the state, but the Trump administration has now allowed states to require Medicaid beneficiaries to have a job.

The elderly, disabled, pregnant, individuals in rehab, and children would be excluded from this law.

The Centers for Medicare and Medicaid Services announced these new guidelines on January 11, 2018.

The goal is to promote work and community engagement among Medicaid beneficiaries. The report states:

“The Centers for Medicare & Medicaid Services (CMS) is announcing a new policy designed to assist states in their efforts to improve Medicaid enrollee health and well-being through incentivizing work and community engagement among non-elderly, non-pregnant adult Medicaid beneficiaries who are eligible for Medicaid on a basis other than disability.”

CMS states in the report that work increases “sense of purpose,” it encourages a healthy lifestyle, and it promotes physical and mental health benefits.

The report also draws parallels to other state programs which require recipients to work or have work-related assignments, such as SNAP and TNAF. The report suggests that states borrow the requirements from SNAP and TNAF programs in order to integrate them with Medicaid.

CMS Administrator Seema Verma says on Twitter: “We owe beneficiaries more than a #Medicaid card; we owe them the opportunity and resources to connect with job skills, training and employment so they can rise out of poverty.”

Opponents of the new guideline argue that access to Medicaid makes it easier for individuals to look for work and maintain jobs.

Suzanne Wikle of the Center for Law and Social Policy states, “A so-called ‘work requirement’ does not support work, but instead puts a critical support for work at risk.”

Other individuals go to Twitter to explain their issues with the new guidelines:

So far, 10 states have filed applications with CMS in order to add this work requirement to their Medicaid program:

We’ll have to wait to see how this will play out – some suggest a lawsuit is sure to come, while others think this new guideline is here to stay.

As for us, we’re secretly waiting to see what President Trump puts out on Twitter.