What really drives your clients’ decisions? 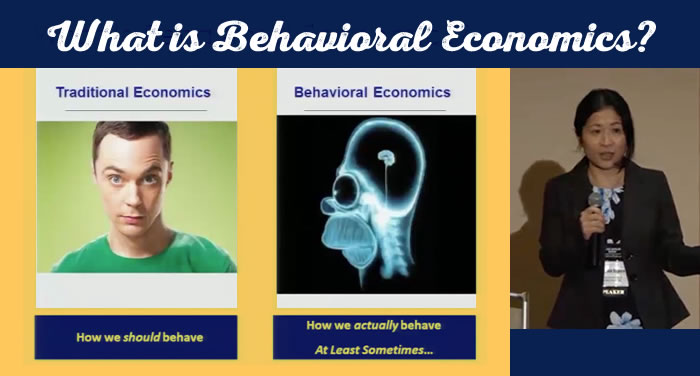 This is excerpted from Dr. Namika Sagara’s presentation at the 2016 National Medicare Supplement Sales Summit in Kansas City, MO.

Traditional economists view people as rational decision-makers. We use the resources available to us to make the best and most informed decisions. We know what’s best for us, and make our decisions accordingly… or do we?

No, people aren’t always rational. If we were, we’d spend significant time deciding what to eat for breakfast, based on fiber and nutritional content, factoring in the previous day’s exercise or lack thereof. Instead, we make choices based on habits, instinct, and convenience. If we were rational we’d never have a problem with over-eating or under-exercising. We’d never have problems planning for the future and retirement, and we’d dutifully research and purchase the right types of insurance.

Research in behavioral economics shows that people often act against their own best interests, based on how questions are framed. Below are some fascinating experiments that show examples of this.

In this experiment, participants were presented with the following scenario, asked in two different ways:

Imagine that the U.S. is preparing for an outbreak of a virus, which is expected to affect 600 people. There are two alternative programs.

Group 1 was presented with these options:

Group 2 was presented with these options:

How the groups  answered

But the interesting thing is that if you look closely, you’ll see that both programs are identical. The only difference is in the wording. How we frame questions has a big impact on decision-making. People want to assure a gain or avoid a loss.

In this example, participants were asked a question about how long they expected to live, but the question was framed in 2 different ways.

The researchers also found that the longer people expected to live, the more likely they were interested in an annuity, especially those asked using the “live-to” framing question.

Let’s say that we have a problem where not enough people are buying annuities. A traditional economist might say that a rational human being would understand the value of an annuity – not being able to outlive your income. If people aren’t buying annuities, we need to add more features/options, such as delayed annuitization, inflation protection, etc.

A behavioral economist would look at the problem differently. They might say that an aversion to annuities is not a fully rational phenomenon. It’s not what you are selling, it’s how you’re framing annuities.

Researchers performed an experiment where they told participants the following:

You will read stories about how Mr. Red and Mr. Gray are managing their retirement assets. They both:

After reading the stories about them, you will select the one whom you think made the better choice.

Mr. Red invests $100,000 in an account that earns $650 each month for as long as he lives. When he dies, the earnings will stop and his investment will be worth nothing.

Mr. Gray invests $100,000 in an account that earns a 4% interest rate. He can withdraw some or all of the invested money at any time. When he dies, he may leave any remaining money to his children.

In the example above, using investment terminology, Mr. Red represents an annuity, and Mr. Gray represents a savings account. Twenty-one percent of participants chose Mr. Red in this scenario.

Mr. Red can spend $650 each month for as long as he lives, in addition to Social Security. When he dies there will be no more payments.

Imagine you’ve been offered to play a coin toss game. If it’s heads you lose $1000. If it’s tails you win $____. How much would you potentially need to win to play this game?

Economists would say that if the amount is anything over $1000 you should play. But in reality, people perceive the loss of $1000 to be far more painful than they perceive the gain of $1000. This is “loss aversion”.

Imagine that you are looking for insurance for a $12,000 car you’ve just purchased. Suppose you are offered the policy below.

People feel that a deductible is a loss, while they perceive a rebate as a gain. Option 2 is worse for the customer, but 68% of people were interested in that option.

In another example, two groups were asked about flight insurance. Suppose you are flying to London next week. You are offered a flight insurance policy that will provide $100,000 worth of life insurance in case of your death.

Group 1: Your policy covers death related to flying for any reason. How much would you be willing to pay?

Group 2: Your policy covers death related to any act of terrorism only. How much would you be willing to pay?

For Group 1 the average amount they were willing to pay was $12, and for Group 2 it was $14. People were willing to pay more for less coverage, based on their emotions. A combination of personal experiences, media coverage, and priming, results in vividness. This is why people are more afraid of flying than driving. When things are more vivid in our minds, we perceive a higher likelihood of it happening. This is irrational behavior.

When communicating with clients, try to be mindful of framing.

Our decisions can be affected by seemingly irrelevant information without our awareness, so understanding how people actually make decisions can have a direct impact on your sales.