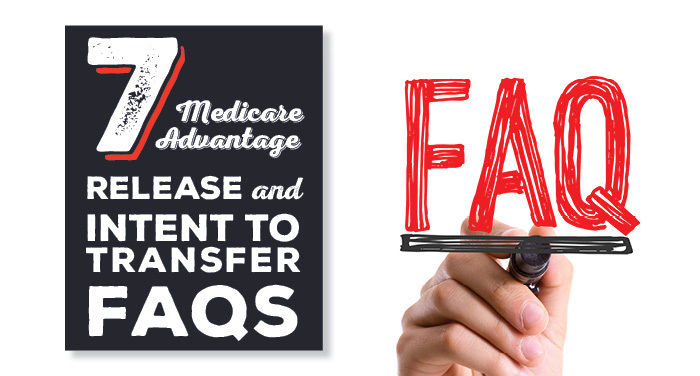 Interested in changing your upline? You'll need to fill out an intent to transfer or release form to start the process. The problem? You cannot wait until AEP to make changes.

Medicare Advantage contract changes need to happen in the first quarter, ideally between January and March.

Here are some frequently asked questions about the Medicare Advantage release process that clear up why the timing is so critical.

1) Why do I need to move Medicare Advantage contracts in the first quarter?

While the bulk of Medicare Advantage sales happen during the Annual Enrollment Period (AEP) in the fall, you can't wait until the fall to move your MA contracts.

If you'd like to move a Medicare Advantage contract from one FMO to another, you'll really want to take care of this in the first quarter of the year. After that, you'll have to get a signed release from your FMO. Your FMO is allowed a grace period, and there's also a blackout period in the fourth quarter (more on grace periods and blackout dates soon).

As an example, if you try to get a release in May, the 6-month grace period will last until October. Starting in October, you're in a blackout period and cannot make any changes to your contracts until January 1.

Do the math, and it can take 9 months to get a release on your Medicare Advantage contracts if you don't do it during the first quarter of the year.

2) What if I want to move a Medicare Advantage contract after the first quarter?

After the month of March, you need to get a release from your current upline in order to move your MA contracts in time for AEP. The carrier will be granted a grace period, which is often 6 months long. During that grace period, you can't move your contract.

It's far easier to move your MA contracts with or without a release, which is allowed during the first quarter. It makes the entire transition much faster.

3) Does each carrier need their own release?

Yes, you need a separate release from each Medicare Advantage company you want to move.

Each carrier is a little bit different when it comes to the upline transfer process. You have to follow the guidelines of each individual carrier, so you cannot do a "blanket" release.

4) What are hierarchy freezes or blackout periods?

There are hierarchy freezes, also called blackout periods, after October 1, so you cannot make adjustments to your Medicare Advantage contracts after that time—with or without a release.

This is universal. All companies do not allow any transfer of hierarchy after October 1 and until January 1 of the following year.

A grace period, also referred to as a waiting period, is a window of time, typically 3-6 months long, where your existing upline can try to retain your contract. You must remain with your current upline during the grace period before you're allowed to move.

When there's a filing of an intent to transfer, the insurance carrier notifies your upline that they'll be losing you to another upline. They'll likely call you and try to keep your business.

Grace periods used to be 6 months with all carriers, but some companies have shortened it to 3 months.

It's important to understand the timing of grace periods, because if you try to get a release in May, a 6-month grace period would last until October. Starting in October, you're in a blackout period and cannot make any changes to your contracts until January 1.

Do the math, and it can take 9 months to get a release on your Medicare Advantage contracts if you don't do it during the first quarter of the year! It can be a very drawn-out process.

Each carrier will have their own release form. It may be called an Agent Business Transferral Form (ABTF), an Assignment Form, a Standard Release, or a Transfer Release Form.

In general, these forms ask for your information and the information of your new upline. You'll need to include approval from your current upline in the form of a signature.

Here is what you can expect a release form to look like, though keep in mind they do differ slightly from carrier to carrier: 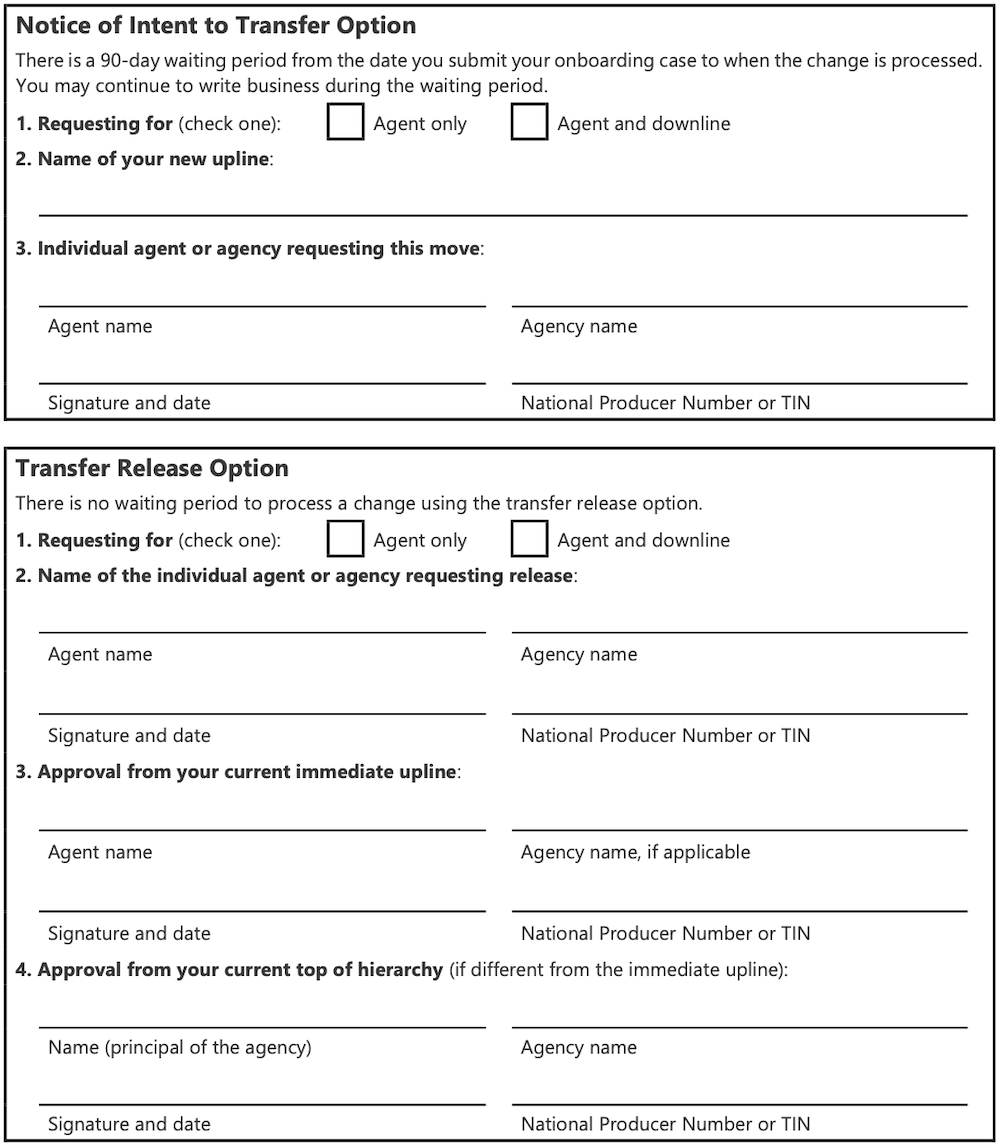 7) Why should I move my Medicare Advantage contract to another FMO?

In a recent webinar, Steve Spinner and John Hockaday explored this topic of why and how to get Medicare Advantage releases in 2022.

They explored many reasons why one FMO might be a better fit than another, including:

You can get an overview of these points by jumping ahead to timestamp 9:35 in the webinar recording below.

If you're going to write Medicare Advantage, you should be selling it under an FMO that brings a lot of value. If your FMO isn't helping you grow your business and increase your efficiency, they aren't earning their override!

We, of course, hope you will consider doing business with New Horizons, but at the end of the day, we hope this article was helpful in understanding the release and transfer process.