The Easy Business Most Insurance Agents Are Leaving on the Table 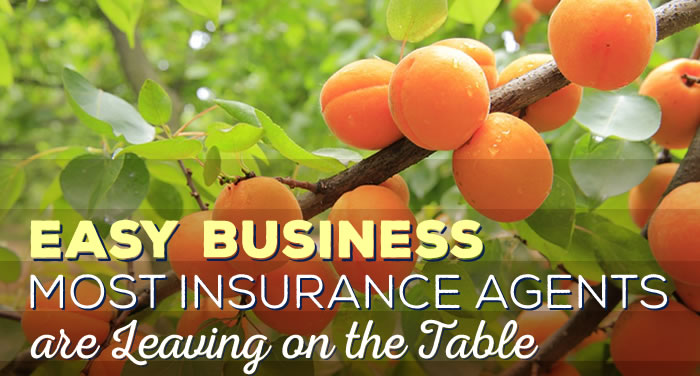 A lot of us only sell Med Supps. They’re what we know, they’re comfortable, and our clients already want it.

But what if we told you that you could be saving your client from financial devastation while also doubling your sales? There’s a huge opportunity for easy business that a lot of us have been ignoring.

Jeff Sams, CEO & Principal, and John Hockaday, COO & Principal, together unravel how we all (themselves included!) have dropped the ball with extended care coverage, and they’ll also uncover the astounding potential of recovery care.

John: Twenty years ago — and Jeff would agree with me on this — it was all about the long-term care and Med Supps. That’s all we wrote. And we weren’t alone.

There were a lot of guys like Jeff and I. If you were in the Med Supp business, you wrote long-term care and Med Supps hand-in-hand.

However, we haven’t been selling it for a long, long time. Agents just don’t talk about long-term care anymore, because:

And yet, you’ve got a field force (people my age) that wrote a ton of it 20 years ago. It’s how we lived — how we made our money.

Jeff: Yes, long-term care used to be a growing market.

There was no doubt there was a need for it.

Guys don’t write it, because they don’t want the problems.

So here the agent is writing it, and half of the time, it wouldn’t get issued.

Then, the customer would get mad. A person might be healthy, but then they get turned down. The carriers got so picky that if you weren’t ready for the Olympics, they weren't going to take you.

The agent is now thinking:

We all just got burned so many times. On top of it all, insurance carriers started giving huge rate increases. That’s why there’s a bad flavor in the mouth about this.

John: That’s exactly why there’s a huge opportunity for a resurgence with recovery care.

These short-term policies have everything an agent could want:

Jeff: Part of my sales strategy is what I call “Take It Away.”

“So, unfortunately, Mrs. Jones, insurance companies are in this to make money. They only take 50-60% of the people who apply. I think you should apply, but I can’t guarantee you can get it.”

You have to soft sell it, because you don’t want your client to get mad.

John: Long-term care is just hard to sell to our senior market these days, because the insurance companies don’t want them.

That’s where this recovery care fits in. It’s a senior-aged product — we can write an 80 year old.

It’s really a Med Supp app. Your Med Supp customers are probably going to qualify. You’re not going to be stranded at an age where they’re considered too old.

If I were going to package something with a Med Supp — a final expense, a cancer, or a short-term — my No. 1 would be a short-term (if I were buying it personally). I think it’s more important.

The one thing that’s the most important to the consumer is that recovery care.

Jeff: Our industry has become not so much sales, but instead price driven. Since ‘92 when the Med Supps were standardized, you’ve been selling against price. Before, that was not the case.

We need to get the sales strategy back — we need to educate our clients on why they really need it rather than how much the price is. You have to let them know how fast 30 days goes by when you’re shelling out $8,000 per month for extended care.

John and I are amped up about this because both of our fathers have lived this. We have all this information, we know it and believe it, but all of us — John, myself, and a ton of other agents — kind of walked away from selling it.

But this hits home for us now.

Jeff: The commission shouldn’t be the first reason you get into this, but that is pretty convincing as well.

John: The renewal is guaranteed, and the commission is much higher than Med Supp. You just can’t go wrong with presenting this product.

If you just started offering this to your existing Med Supp customers, it’d be amazing how much of it you’d write.

Jeff: John and I are going to do a roleplay video.

If you have one year of extended care needs, you’re out close to $120,000. That’s significant.

John: None of us are selling this. Maybe 1-2% of our sales are recovery care. When we quit writing this stuff, stop cross-selling, and just forget about it, we’re leaving a ton of business on the table.

We’re going to help you get your pitch down. Take advantage of our free Marketing Kit below, and Jeff and I will send you training videos in the days following. 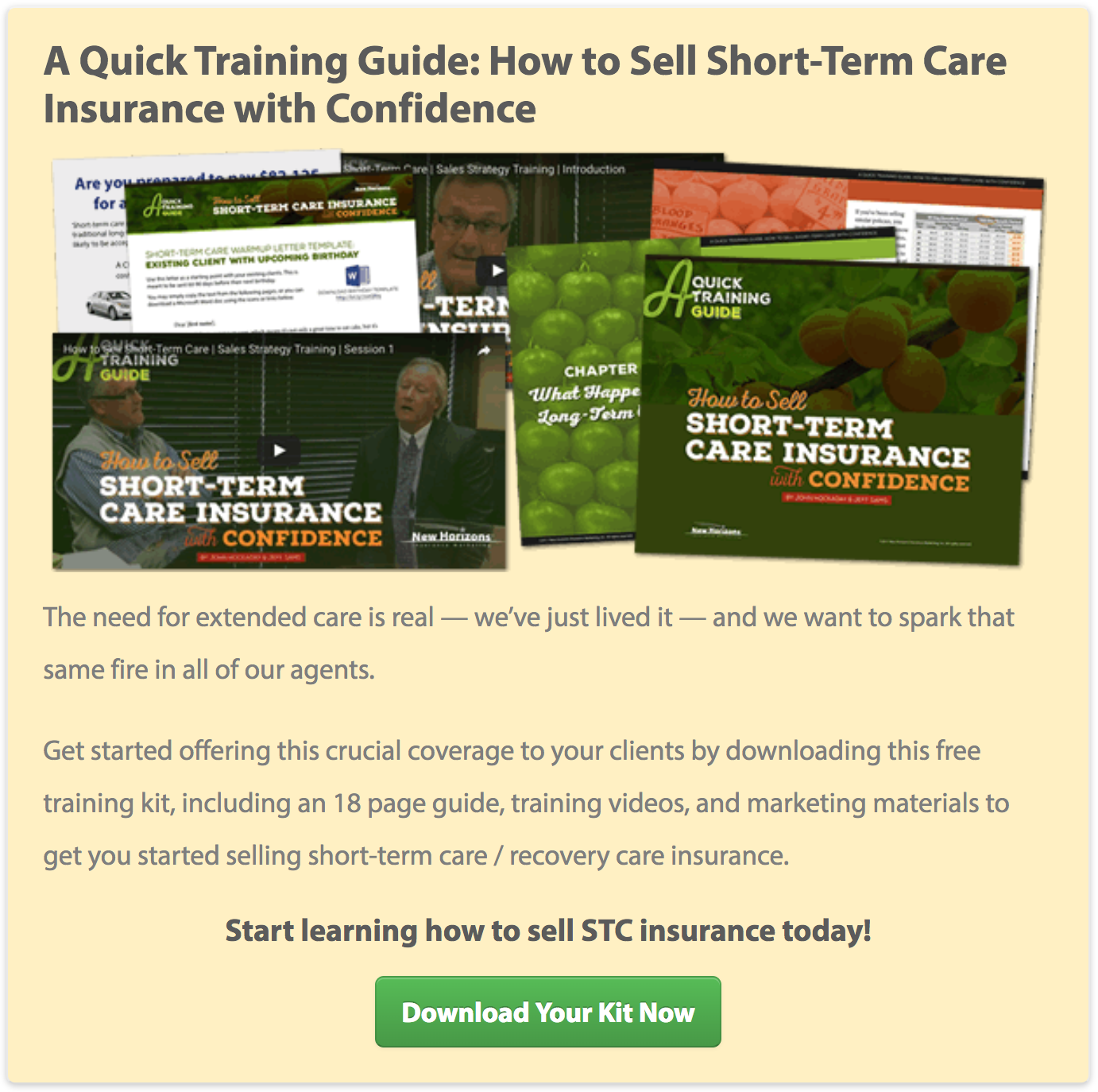