How to Handle Medicare Supplement Rate Increases With Your Clients

Medicare Supplement rate increases are inevitable. There's typically at least one rate increase per year, and it's fairly common for a premium to double over the course of 7-10 years. So, how are you handling rate increases with your clients? 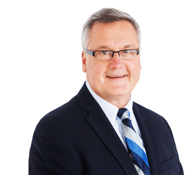 If you aren't, John Hockaday, Partner, says it's time to start.

"Don't ignore it – hit it head on. Some agents put their head under the pillow, but I'd say go straight at it! They're all going to raise. It's just a matter of when," he says.

Today, we're tackling rate increases head-on. What are they, why do they happen, and most importantly, what should you do with your clients?

If you've been in this business for a while, you get a feel for the ebb and flow of rate increases. They're pretty standard with a few big shockers every once in a while.

We follow rate increase information and have several years of it archived. We encourage agents to bookmark our Medicare Supplement Rate Changes page and refer back to it often. We always have a link to this page in our weekly email newsletters – make sure you sign up for those!

Shannan Weaver, Field Communications Director, explains the insurance company will send rate increase announcements to the FMOs 30-45 days out. Then, they send out a rate increase letter to the client.

"They don't always send that to the agent, though," she says. "That's why we publish rate increase information as soon as we know about it."

Why Do Med Supp Rates Increase?

Medicare Supplements experience rate increases for a number of reasons, but it all starts with how the carrier prices the plan.

There are three pricing structures companies can use including community rated, issue-age rated, and attained-age rated. If you use our quote engine, the quote will tell you which rate type it is:

This is the least common pricing structure. Carriers typically only do this in states where they're required to by law, which includes the following eight states:

While carriers can offer community rated plans in other states, most don't.

2. Issue-age rated: your premium is based on your age at the time of purchase, but it won't be increasing later on because of your age. You can still have rate increases, but not due to age.

3. Attained-age rated: premiums vary based on age at the time of purchase, and your premiums can also increase later on due to your age.

You can view age-related increases in our quote engine. Run your quote like normal and make sure to check "Market Analytics." It'll look like this:

We joke this is the worst kind of birthday present.

Attained-age is the most common rating structure.

Age plays a big part of why clients get Med Supp rate increases. But there's also... well, everything else.

Probably the biggest one is claims experience, or the money the company has paid out for claims. If a lot of policyholders have expensive claims, it can cause the pricing to go up for everyone.

Inflation is another one. If the overall costs for health care go up, Medigap rates follow suit. Carriers also cite new technology and administration costs as factors.

All that said, most carriers will bundle all of this information into one by saying rates are increasing due to the rising cost of healthcare.

How to Communicate Rate Increases to Clients

When it comes to rate increases, be informed and reach out to your clients!

That'll not only strengthen the relationship you have, but it'll help protect you from other agents who may try to poach your business on the heels of a big rate increase.

"If there's a big increase and you're worried people will jump ship, be proactive about it," Michael says. 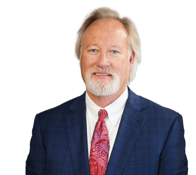 Jeff Sams, Partner, advises to tell your clients there are many options:

"We represent a whole stable of companies, and I would like to shop the market for you in the event you want to check your current premium within the marketplace."

John agrees, saying, "Let them know you're married to them, not a company."

If the client is in their fourth, fifth, or sixth year, Jeff says it's critical to get in front of them to restart your renewal stream, but only if it's a better deal for the consumer.

There are several ways to communicate a rate increase to your client, but John's partial to in-person.

"Nose to nose is the best, so that's my first choice. Go for however you can make it the most personal," he says.

Michael Sams admits he's not as "on top" of rate increases as he was when his client base was a little smaller.

However, here's what his rate increase system looks like:

"I'd reference that index card and tell my client what their new premium will be. Then, I see which carriers can beat that price and we'll see if the client can health qualify," he says.

Michael explains it's pretty typical to end that appointment by saving the client $35 per month or so without changing their coverage at all.

When you're working renewals, this system is really helpful.

When You Can't Be Face-to-Face

If you can't get in person, run on down the list of next-best options, which goes a little something like this:

If you have a massive client base and a big rate increase was just announced, it's not realistic to think you can meet with hundreds of clients. In addition, many clients won't be able to health qualify to switch carriers, so there may be nothing you do for them.

We put together some resources for you to utilize in those situations, including four email templates and a customizable* postcard.

*Note: We only offer marketing customizations for contracted agents.

Rate increases are here to stay, unfortunately, so guide your clients through the process and help them keep premiums down.

If they can health qualify, you can likely save them money every time, and if they have some health concerns, we still have carriers that may be an option.

A great carrier to have in your arsenal for older clients is United American (UA). It is a more expensive carrier, but if your client has been taking rate increases for the better part of a decade, it very well could still save them money.

Let us know – how do you handle rate increases with your clients?